by Faramarz Farbod The U.S. has a bloody history of trampling on the sovereignty of other nations and committing atrocious acts, including torture, against the peoples of these countries. The U.S. also uses all means it deems necessary to stop others from effectively challenging the impunity it enjoys in the international arena for its nefarious behavior. However, none of … END_OF_DOCUMENT_TOKEN_TO_BE_REPLACED 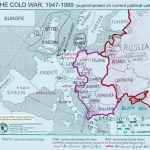 by Doug Heath American mass media and political discourse have been so relentless in blaming Russia alone for the prolonged escalating tension between our countries that most Americans probably cannot imagine how Russians could justify their behavior or criticize ours. This mindset is particularly dangerous now that the two governments are abandoning the 1987 … END_OF_DOCUMENT_TOKEN_TO_BE_REPLACED