Don Fitz Robert Pollin repeats a message often seen in writings defending alternative energy (AltE): while they briefly shake their heads at capitalist waste, they deny an overproduction problem. In his response to my article on “Be Careful What Energy You Wish For,” his message comes through that there are no limits on what can be done to the Earth’s ecosystems that AltE … END_OF_DOCUMENT_TOKEN_TO_BE_REPLACED

Robert Pollin Don Fitz’s response to my two interviews that Z generously republished makes two major assertions: 1) Reducing overall consumption and working fewer hours provides a viable path on its own to stabilizing the global climate; and 2) Renewable energy sources, such as solar and wind power, are not really “clean” even though they supply energy without generating CO2 … END_OF_DOCUMENT_TOKEN_TO_BE_REPLACED

Don Fitz's response to Robert Pollin Climate change is an existential problem confronting humanity and Robert Pollin offers well thought-out plans in his first and second articles. There is only space here to respond to these themes: (1) We can reach zero CO2 emissions by 2050; (2) An enormous expansion of alternative energy (AltE) can create far more jobs than would be lost … END_OF_DOCUMENT_TOKEN_TO_BE_REPLACED

Editor's Note: All three reports were prepared before the IPCC's August 9 release of part 1 of the Sixth Assessment Report, which only confirms the urgency of the interns' recommendations! Editor's Note: This is the primary report from the Climate Action Project (summer 2021) ; it is complemented by reports that focus on development ('Build Sustainably — for Business … END_OF_DOCUMENT_TOKEN_TO_BE_REPLACED 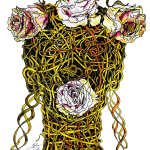 by Tara Zrinski Tara Zrinski resides with her family in Hanover Township, Northampton County, and serves on the County Council. She has taught Philosophy at both Northampton and Lehigh-Carbon Community Colleges and is an energy consultant for Trinity Solar. She has been an  advocate for clean … END_OF_DOCUMENT_TOKEN_TO_BE_REPLACED

by Maclaine Oskin Development and construction through the years has overtaken our land with asphalt and concrete, making commercial districts and office buildings abundant while the number of trees and open space dwindles. The Lehigh Valley, with an ever-growing population and robust mixed economy, continues to develop. As a result, it becomes even more critical to protect … END_OF_DOCUMENT_TOKEN_TO_BE_REPLACED

by Avery Schuyler Nunn The planet inspires almost every facet of my being and is the subject of my work. These photos document the receding glaciers in Patagonia, specifically capturing a moment in which the ice is calving.  These Patagonian glaciers have been forming for millions of years. (Scientists estimate that this formation began during the last Ice Age, … END_OF_DOCUMENT_TOKEN_TO_BE_REPLACED

by Audrey Dai Climate justice. These two simple words are probably not as familiar as the now politically infused “climate change”. Instead, these words emphasize how environmental changes are an issue of civil rights, and how these changes will disproportionately affect each of us living on this planet, just some more than others. And this is regardless of your political … END_OF_DOCUMENT_TOKEN_TO_BE_REPLACED

by Eirlys Chui As times are changing, so are the trends we see in today’s food system. People are growing interested in natural, organic, locally sourced, and sustainable food. They are exploring dietary selections such as vegetarian and vegan options that benefit personal health and that of the environment. Yet there are also arising obstacles—environmental degradation, … END_OF_DOCUMENT_TOKEN_TO_BE_REPLACED

by Bruce Wilson Climate Change can lead to a feeling of helplessness, but we have all the tools we need to make a difference; we just need to use them! Last year four environmental leaders, Amory Lovins of the Rocky Mountain Institute (RMI), Bill Mckibben of 350.org, Steve Nadal of the American Council for an Energy Efficient Economy (ACEEE), and Paul Hawken, editor of … END_OF_DOCUMENT_TOKEN_TO_BE_REPLACED