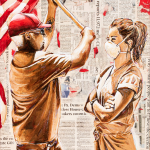 Johnny Wilk Originally from Palmerton, Johnny has been aLehigh Valley resident for most of his life. … END_OF_DOCUMENT_TOKEN_TO_BE_REPLACED

Emily Kim The tension between marginalized communities and law enforcement officers has existed since the establishment of police forces. We acknowledge that the systematically racist and white supremacist issues regarding police forces are complex and therefore can’t be tackled all at once. The essay excerpt below focuses on restorative practices within the current criminal … END_OF_DOCUMENT_TOKEN_TO_BE_REPLACED

This is part of our recommendations in support of Bethlehem's Climate Action Plan [CAP]. The following document was prepared to to help the EAC and Office of Planning and Zoning make the zoning ordinances support the CAP. We hope that this will help, and thank you for reaching out to us. Prepared by Isaac Weber, Summer 2021 Climate-Action Intern. If you have any … END_OF_DOCUMENT_TOKEN_TO_BE_REPLACED

PHILIP REISS A s my title suggests, I present what most Americans don’t know and those who do know are reluctant to acknowledge. One percent of Americans have wealth exceeding that which seventy-five percent of other Americans have. This miniscule minority obviously possesses privileges the vast majority of Americans lack. This one percent has political … END_OF_DOCUMENT_TOKEN_TO_BE_REPLACED

LENNY FLANK It was a one-of-a-kind event: in 1972, during a mission on the Skylab space station, a group of American astronauts, frustrated by an unreasonable work schedule, organized their own version of a sit-down strike in space. They won all their demands, but in the end, NASA had its final revenge. In 1972, NASA launched “Skylab”, a space station cobbled together … END_OF_DOCUMENT_TOKEN_TO_BE_REPLACED

GARY OLSON F. Scott Fitzgerald said, “The rich are very different from you and me,” to which Ernest Hemingway replied, “Yes, they have more money.” Another retort might be a variation on the quote attributed to Honore de Balzac, “The secret behind every great fortune is a great theft.” There are 657 billionaires in the United States whose combined wealth grew more than $1.7 … END_OF_DOCUMENT_TOKEN_TO_BE_REPLACED

ELAHEH FARMAND Once a year on our immigration anniversary, my mother and I reflect on our journey from Iran to the United States. In the past, we would celebrate the freedoms we were given in America, embrace the struggles we endured as immigrants to settle in a new home, and learn not only a new language, but also a new way of living, a new culture, a new dream. But if … END_OF_DOCUMENT_TOKEN_TO_BE_REPLACED

TARIQ ALI In his classic work, The Jewish Question, A Marxist Interpretation, that was published posthumously in France in 1946, the Belgian Marxist, Abram Leon, (active in the resistance during the Second World War, he was captured and executed by the Gestapo in 1944) invented the category of a ‘people-class’ for the role of the Jews who managed to preserve their … END_OF_DOCUMENT_TOKEN_TO_BE_REPLACED

FARAMARZ FARBOD Another cease-fire between Israel and the Palestinians has been announced ending another round of violent assault on the latter. The settler colonial Jewish supremacist regime in Israel killed 275 Palestinians, 248 of them in the Gaza Strip, 26 in the West Bank and Jerusalem, one inside Israel, including 66 children in Gaza, and at least 6,200 others injured. … END_OF_DOCUMENT_TOKEN_TO_BE_REPLACED

DON FITZ The Green New Deal has attracted perhaps the greatest attention of any proposal for decades. It would guarantee Medicare-for-All, Housing-for-All, student loan forgiveness and propose the largest economic growth in human history to address unemployment and climate change. But the last of these hits a stumbling block. Creation of all forms of energy contributes to … END_OF_DOCUMENT_TOKEN_TO_BE_REPLACED