Two of the six Alliance goals focus on the importance of the local economy. In order to create equitable and livable communities, we need strong local economies and businesses need to adopt sustainable practices. This includes operations, sourcing & supply chains, and minimizing waste.

Anthony Thompson Finding a solution to prevent further gentrification of Southside Bethlehem and instead help the urban communities in the area and preserve the historic properties is an important issue for the City of Bethlehem. Gentrification is a huge issue in southside Bethlehem; businesses, restaurants, luxury high-rise apartments, and other establishments have opened … END_OF_DOCUMENT_TOKEN_TO_BE_REPLACED 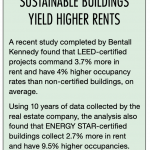 Editor’s Note: This report was prepared before the IPCC released part 1 of the Sixth Assessment Report on August 9. That report confirms the urgency of the interns’ recommendations! This is one of three reports prepared by the team; it is complemented by 'Implementing Bethlehem's CAP' and ‘Climate Change Education‘. All 3 reports are also available in complete PDF … END_OF_DOCUMENT_TOKEN_TO_BE_REPLACED

PHILIP REISS A s my title suggests, I present what most Americans don’t know and those who do know are reluctant to acknowledge. One percent of Americans have wealth exceeding that which seventy-five percent of other Americans have. This miniscule minority obviously possesses privileges the vast majority of Americans lack. This one percent has political … END_OF_DOCUMENT_TOKEN_TO_BE_REPLACED

LENNY FLANK It was a one-of-a-kind event: in 1972, during a mission on the Skylab space station, a group of American astronauts, frustrated by an unreasonable work schedule, organized their own version of a sit-down strike in space. They won all their demands, but in the end, NASA had its final revenge. In 1972, NASA launched “Skylab”, a space station cobbled together … END_OF_DOCUMENT_TOKEN_TO_BE_REPLACED

GARY OLSON F. Scott Fitzgerald said, “The rich are very different from you and me,” to which Ernest Hemingway replied, “Yes, they have more money.” Another retort might be a variation on the quote attributed to Honore de Balzac, “The secret behind every great fortune is a great theft.” There are 657 billionaires in the United States whose combined wealth grew more than $1.7 … END_OF_DOCUMENT_TOKEN_TO_BE_REPLACED

ELAHEH FARMAND Once a year on our immigration anniversary, my mother and I reflect on our journey from Iran to the United States. In the past, we would celebrate the freedoms we were given in America, embrace the struggles we endured as immigrants to settle in a new home, and learn not only a new language, but also a new way of living, a new culture, a new dream. But if … END_OF_DOCUMENT_TOKEN_TO_BE_REPLACED

TED MORGAN Karl Marx identified the central contradiction of capitalism as the antagonistic relationship between workers and their capitalist employers. As Michael Yates has put it, “the essence of this relationship is the exploitation of the workers, the extraction of a surplus by the employers from their labor, necessary to fuel the accumulation of capital in a milieu of … END_OF_DOCUMENT_TOKEN_TO_BE_REPLACED

NICOLE FROIO Since the start of the pandemic, an old dilemma has been revived: the unequal gendered division of housework in the home. For middle-class workers who have been working from home to avoid the coronavirus, the home now functions as an office, online school, gym, leisure space, and whatever else is necessary, which has doubled — if not tripled — the housework to … END_OF_DOCUMENT_TOKEN_TO_BE_REPLACED

DON FITZ The Green New Deal has attracted perhaps the greatest attention of any proposal for decades. It would guarantee Medicare-for-All, Housing-for-All, student loan forgiveness and propose the largest economic growth in human history to address unemployment and climate change. But the last of these hits a stumbling block. Creation of all forms of energy contributes to … END_OF_DOCUMENT_TOKEN_TO_BE_REPLACED

MICHAEL A. LEBOWITZ How can we understand capitalism? Neoclassical economics, which is to say, mainstream economics, rarely uses the name. Rather, it talks about the “market system” or the free market, a system in which individual property owners (both those who own material resources and those who own merely their personal capacities) contract with each other in their … END_OF_DOCUMENT_TOKEN_TO_BE_REPLACED