— Seen online, posted by Børge A. Roum — What is wrong with this picture? The first thing I notice is the huge open space. Then the large number of people. In this pic there's a maximum of 10 people in cars, yet they get almost all the space, while the uncountable number of pedestrians are pushed out, up against the walls, just so they can live their lives without … END_OF_DOCUMENT_TOKEN_TO_BE_REPLACED

On Christmas Day, a natural gas processing plant in southwest PA caught fire, and several sources said that anyone calling the DEP emergency line to report the incident got only a voicemail. DEP denied these claims. DEP critics said the agency is ineffective in dealing with industry and communicating with the public. “They could have provided a much more detailed and … END_OF_DOCUMENT_TOKEN_TO_BE_REPLACED 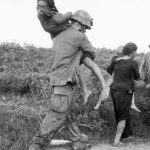 It's the 50th anniversary of the Paris treaty that was supposed to end of the war in Vietnam — but the war continued for several more years. Despite all the other wars and losses since then, the US is now involved in “a protracted proxy war supporting Ukraine seeking separation and autonomy from Russia with no end in sight and likely in a similar stalemate like the Vietnam … END_OF_DOCUMENT_TOKEN_TO_BE_REPLACED

How wind, sun, and water can power the world Mark Stanford, who teaches civil and environmental engineering at Stanford University, makes the case that existing technologies for renewable energy and energy conservation can meet all our energy needs. A January 23 article in The Guardian gives a brief recap: “ ‘No miracles needed’: Prof Mark Jacobson on how wind, sun and … END_OF_DOCUMENT_TOKEN_TO_BE_REPLACED 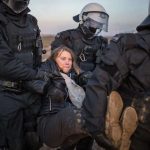 The Energy Charter Treaty referred to in the story is obscene — putting corporate profits over the lives of future generations and punishing governments that try to protect their people. (Although most governments today also seem to put corporate profits ahead of people.) Whether it's coal, oil, or natural gas, we need to keep it in the ground! No elaborate — and often bogus … END_OF_DOCUMENT_TOKEN_TO_BE_REPLACED

Another attempt by the industry to keep nuclear power in play, despite its inherent dangers. … END_OF_DOCUMENT_TOKEN_TO_BE_REPLACED

SPECIAL ANNOUNCEMENT — LEPOCO is looking to hire a new part-time staff person.…The November issue of the LEPOCO newsletter contained the following description of the staff position: "We are looking for someone with a commitment to nonviolence and to promoting LEPOCO's work for peace and justice.  Enthusiasm for community building and for working collaboratively, are important.  … END_OF_DOCUMENT_TOKEN_TO_BE_REPLACED

Some people, including right-wingers and liberal Democrats, may not appreciate Chomsky's forthright criticism of US foreign policy — including the war in Ukraine — but his analysis is worth taking the time to understand. Sanctions, of course, almost always hurt the people, whether you're talking about Russia, Iran, or Cuba. Noam Chomsky: Another World Is Possible. Let's … END_OF_DOCUMENT_TOKEN_TO_BE_REPLACED

Excerpt from an online post by journalist Seth Abramson: There is an active insurrection inside the United States.… A large percentage of Americans—perhaps as many as 30%—no longer wish for this country to be a democracy. They do not believe in elections, or rule of law, or the peaceful transfer of power. They would welcome martial law, an authoritarian strongman, … END_OF_DOCUMENT_TOKEN_TO_BE_REPLACED