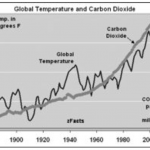 Abrupt and extreme climate crisis requires all-out emergency mobilization This is a call for General Mobilization. We must respond with our utmost will power and intention to mitigate the existing extreme climate emergency crisis. Well-informed local citizens have carefully looked into rapidly escalating climate changes caused by excessive burning of fossil fuels. These … END_OF_DOCUMENT_TOKEN_TO_BE_REPLACED

A few recent articles that may help to bring global warming & the climate crisis home: Bigger Than That: (The Difficulty of) Looking at Climate Change, by Rebecca Solnit | Truthout Last Hours of Humanity: Warming the World to Extinction | Truthout Humans are Causing Global Warming & it is Already Impacting Us: four key take-aways from the latest IPCC report | … END_OF_DOCUMENT_TOKEN_TO_BE_REPLACED

In an exclusive interview with The Independent (UK), Igor Semiletov, of the Far Eastern branch of the Russian Academy of Sciences, said that he has never before witnessed the such a volume of methane—millions of tons per year in this area alone—being released from the sea: "Earlier we found torch-like structures like this but they were only tens of metres in diameter. This is … END_OF_DOCUMENT_TOKEN_TO_BE_REPLACED

Following is a very brief overview of the types and sources of data needed for a typical GHG inventory. Most of the data usually comes from the Faciliities or Plant Operations department. For more detailed information see the Clean Air-Cool Planet GHG Inventory spreadsheet and user guide. Electricity Use (Usually available from Facilities/Plant Operations) Monthly electric … END_OF_DOCUMENT_TOKEN_TO_BE_REPLACED

by Gwen Colegrove The sky is falling!  The sky is falling!”we hear Chicken Little proclaim every day. What are WE to do? It’s true, science tells us, that humanity is depleting the Earth’s resources faster than She can renew Herself. B U T. . . the Earth, and humanity with her, is on the brink of a new epoch. Old ways are no longer sustainable. Systems are … END_OF_DOCUMENT_TOKEN_TO_BE_REPLACED