Two of the six Alliance goals focus on the importance of the local economy. In order to create equitable and livable communities, we need strong local economies and businesses need to adopt sustainable practices. This includes operations, sourcing & supply chains, and minimizing waste.

by Gary Olson Recently I‘ve tried to make the case that only presidential aspirants who are vetted by the oligarchic elite, deep state, plutocracy or whatever nomenclature you prefer, have any chance of reaching the Oval Office. Further, as the chief administrative officer for the capitalist state, they often implement policies consistent with those of a psychopath. And they … END_OF_DOCUMENT_TOKEN_TO_BE_REPLACED

by Adam Heidebrink-Bruno  Two years ago, I entered the Literature and Social Justice Masters program at Lehigh University anxious to study the relationship between narrative and political action. Having just left the digital publishing and advertising industry, I knew too well how popular media narratives structure contemporary U.S. values, often in ways that trouble me. … END_OF_DOCUMENT_TOKEN_TO_BE_REPLACED 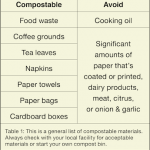 → Executive Summary Introduction We live in a world filled with concerns about climate change, food and health, pollution and degradation of the environment, and other aspects of sustainability. Unfortunately, the problems are growing at exponential rates. When we look at the causes, it becomes clear that many of our current practices cause or contribute to the problems. … END_OF_DOCUMENT_TOKEN_TO_BE_REPLACED

[See link at bottom to download the full report] Executive Summary  We live in a world filled with concerns about climate change, food and health, and other factors critical for sustainability, and these problems are growing at exponential rates. We all need to take action to prevent these problems from spiraling out of control, including taking a close look at our … END_OF_DOCUMENT_TOKEN_TO_BE_REPLACED

by Ted Morgan As the mass media would have it, Donald Trump’s successful presidential campaign was buoyed by “populist” anger from working class white folks, particularly in rural America and the South. Public opinion polls have shown that the bulk of Trump’s support has come from middle-to-upper-middle class people, religious fundamentalists, traditional conservatives, … END_OF_DOCUMENT_TOKEN_TO_BE_REPLACED

by Faramarz Farbod To perish or to radically transform the way we relate to one another and to nature, that is the question humanity has never had to face until now. The evidence backing the above assertion is strong and accumulating. Nevertheless, there remains a stubborn problem of awareness as many who understand the perils facing humanity fail to connect them to its … END_OF_DOCUMENT_TOKEN_TO_BE_REPLACED

by Gary Olson In 2017, Sociology Professor Rachel Sherman wrote Uneasy Street: The Anxiety of Affluence, a book which drew upon 50 in-depth interviews with Uber-wealthy New Yorkers in order to obtain a picture of just how they perceived their status. Sherman found that her interviewees, all in the top 1-2 percent of income or wealth or both, had thoroughly imbibed … END_OF_DOCUMENT_TOKEN_TO_BE_REPLACED

Editor’s Note: This essay recounts an early 1990s strike at a bingo hall in Allentown, PA, led by the local branch of the Industrial Workers of the World. It originally appeared in John Silvano’s book Nothing in Common: An Oral History of IWW Strikes, 1971-1992.  by Lenny Flank The whole thing started in June of 1992. Jeff Kelly just happened to be … END_OF_DOCUMENT_TOKEN_TO_BE_REPLACED

Robert Kocis I. The Problem – A spectre is haunting the industrial and post-industrial world — the spectre of job insecurity. While globalization explains some job insecurity (jobs have been shifted from the more- to the less-developed parts of the world), the greater threat emerges from artificial intelligence (AI), computerization, and robotization, which threaten jobs … END_OF_DOCUMENT_TOKEN_TO_BE_REPLACED

Philip Reiss My American Heritage Dictionary of The English Language defines a welfare state as "A social system whereby the state assumes primary responsibility for the welfare of citizens." This definition didn't say ALL citizens. So, it seems it's open for interpretation. Also, what is meant by social system? A definition of the term social system is not presented per se. … END_OF_DOCUMENT_TOKEN_TO_BE_REPLACED